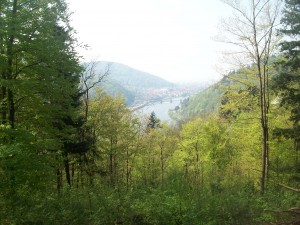 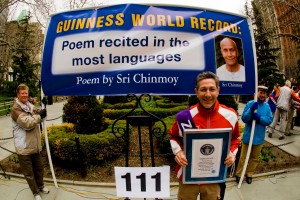 Ashrita posing with his Guinness World Record Certificate for 100 GWRs

I have known Ashrita Furman since 1981. His focus, determination, dedication to his spiritual teacher Sri Chinmoy (like Hanuman, if you know the Ramayana) and his boundless, exuberant, at times quite wild, but basically 🙂 innocent enthusiasm and energy combined with a totally positive attitude have inspired me many times.

What started out  at a time when many of our team entered into the field of ultra-distances with the idea to challenge inner and outer limitations in a spirit of self-transcendence (not rivalry) and in search for spiritual experiences, in his case became an intense pursuit, often athletic but also exotic or involving group oneness, to challenge the “impossible” by breaking or establishing Guinness Records.

On April 14th, 2009, Ashrita became the first person ever to hold 100 Guinness World Records at one time, by organising the translation and recitation of a text – the poem “Precious” by our late teacher Sri Chinmoy – in the most number of languages (I heard not all 111 languages were recognised, some being dialects, but the record is valid.)

(Media all over the world picked up the story, here a link to local report in the New York Daily News)

213 records stretched out over a span of 30 years were needed to reach that goal – many broken several times by others in the meantime. Many of Ashritas records, like sommersaulting for 12 miles in 1986, were very tough – physically and mentally. But at the same time he had lots of fun over the years – even with record attempts that never worked out.

Here the official Guinness World Record press release about his latest record.  (The stories on his blog are a fascinating read, by the way!)

Furman and over 100 members from the Sri Chinmoy Centre recited “Precious” by Sri Chinmoy in 111 languages including Afrikaans, Dzongkha, Kabyle and Picard. The group beat the current record held by the International Social Service of Hong Kong, which recited “Values on Communal Harmony” in 79 different languages on November 23, 2008.

Celebrating cultural diversity – and a tribute to his teacher Sri Chinmoy

The proud record-breaker had this to say about his unprecedented accomplishment, “With more than 170 nationalities represented in New York City this record celebrates the diversity of our city. While it wasn’t as physically challenging as some of my other records, having this record as my 100th is a very special tribute to Sri Chinmoy.”

New York City Councilman James F. Gennaro (D-Queens) added, “This is exactly the type of event that should take place in the seat of New York City government. To speak and hear the precious utterances of Sri Chinmoy is truly an inspiration.”

Ashrita Furman has been breaking Guinness World Records since 1979, when he completed 27,000 jumping jacks to earn his first Guinness World Record. Since then, the 54-year old health food store manager from Queens, New York has broken records on all seven continents, including completing the fastest mile on a pogo stick in Antarctica and bouncing the fastest mile on a kangaroo ball along the Great Wall of China. Furman has practiced meditation for over 30 years, which helps him keeps his concentration during marathon record attempts. Whether it be performing forward rolls for the entire 12-mile length of Paul Revere’s ride through Massachusetts or racing against a Yak in Mongolia to set the mile sack-racing record, Furman is a determined individual and a true world-class record holder! (end of Guinness World Records press release)

Why he does it? More on his video-interview by Kedar Misani on Live Voices right after the event. 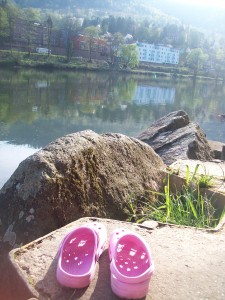