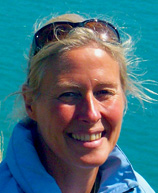 Vasanti Niemz, born 1956, is an amateur ultra-distance lover. 2x EC (1985+2010, 2010 ultr-tri Dover Aachen), 9x Zurich Lake Marathon Swim, 6-day race, 2x triple-ironman Lensahn etc. She studied in Heidelberg, where she works self-employed in PR and internet marketing, practicing yoga, endurance sports and meditation and teaching kids yoga at schools on the side. She has been a vegetarian since 1981 and loves to share a sustainable plant-based lifestyle to protect our planet.

This blog – the continuation of https://www.channel-triathlon.blogspot.com/ – chronicles Vasanti’s  journey to a long-cherished dream: an ultra-triathlon involving swimming the English Channel (without wetsuit), then biking from Calais via Brussels and Bonn along the Rhine to Bingen close to Mainz (about 560 km), and running the remaining 85 km to Heidelberg, with only a few hours of rest in between.

This dream is a personal challenge, inspired by and dedicated to the vision of the World Harmony Run, now renamed Peace Run again, and its founder, Sri Chinmoy (1931-2007), who was known as a “Dreamer of Peace” and extreme athlete in his own right, and his  love of  “self-transcendence” challenges – as opposed to trying to competing with and defeat others.

On top, I am happy to demonstrate that a healthy vegetarian diet (I have been a vegetarian since 1981!) is by all means compatible with intense athletic activities, even Channel swimming, since a change in our diet on a global scale would be a valuable contribution to a more sustainable world living in peace and harmony.

The details about my attempt in 2008 including a number of interesting and informative links, can be found on my old blog: www.channel-triathlon.blogspot.com.

In September 2010, I was grateful to complete a shorter version Dover-Aachen – but the bigger project is still to come.

After my hypothermia-experience after 13 hours 40 min. in September 2008, I was sure I was going to try again in 2009 – but it was not possible to keep up the training intensity and afford the time and money needed for the project.

I wanted to at least do the  Zurich lake (27 km) as a longer training swim in 2009 but registered too late. A last minute slot would have been available, had I gone to Zurich to help,  because one swimmer did not turn up. But severe tendonitis of my right wrist in July had prevented me from training more seriously and would not even have allowed me to row.

Then, at the end of August, a big surprise: I got a last minute invitation to be part of an international Sri Chinmoy Marathon Team relay across the English Channel at the end of September. One of the 3 original swimmers from the of Czech Republic had dropped out, and Viktoria from Iceland would be a strong forth swimmer. Stepping up my training a little and going to Dover early for some acclimatisation and sea water training, I was just about prepared for 4 to  5 hours in the Channel with some rest in between. On Sept. 30th  our team of 4, skillfully guided by our pilot Eddie on Anastasia, made it across, in very favourable if not magical conditions (including swimming under a huge moon!), in what for us was an amazing time of 13 hours 21 minutes (1 min. slower than our 6 person relay in 1989!). I was the lucky one to swim ashore and touch French sands at Wissant – just like back in 1985 with my solo swim. At the same time it was the 20th anniversary year of our team’s Channel relay of 1989 – another special experience along the way!

Being a very international team and having had the dream of a “World Harmony Run” Channel relay for some time, we dedicated our adventure to international friendship and harmony, taking the World Harmony Run torch with us and holding or touching it before and after each individual swim. At the end, Viktoria came with it in the dinghy ashore and we lit it together on French soil. Shadows in the background might well have been just another remnant of WWII. more

With lots of luck (or Grace) and inspite of booking late, Eddie Spelling, our relay pilot in 2009, was able to offer me a first position slot for the tide of Aug. 30 to Sept. 6, 2010 due to cancellations – I couldn`t believe it! And we will be staying at Varne Ridge again.

2010 will be the 25th anniversary of our Sri Chinmoy Marathon Team’s and of my own personal English Channel swimming – maybe this year will be the right time! (And it was!)

Now serious training is starting again – and hard work to be able to pay for this adventure! And helpers are needed again!

Thanks to everyone involved as helper, supporter, inspirer…!

Left: the shorter route for 2010 (only Dover – Aachen, the original distance of 1985 which Vedika did to Paris).

The long version is still to come.

Immediate Goals for 2011 – to stay fit and in ultra-mode:

March: 6 hour race Nürnberg – did it.

Another long time dream come true – my first multi-day race!  342,7 km / 213 miles – a humble result, but a personal best and I was very happy and grateful.

August: Zurich Lake (Rapperswil-Zürich) – did not participate due to pulled muscle.

Possible ultra goals for the future, apart from Dover-Heidelberg:

Swim the Cook Straits (as part of an ultra-triathlon to Christchurch?)