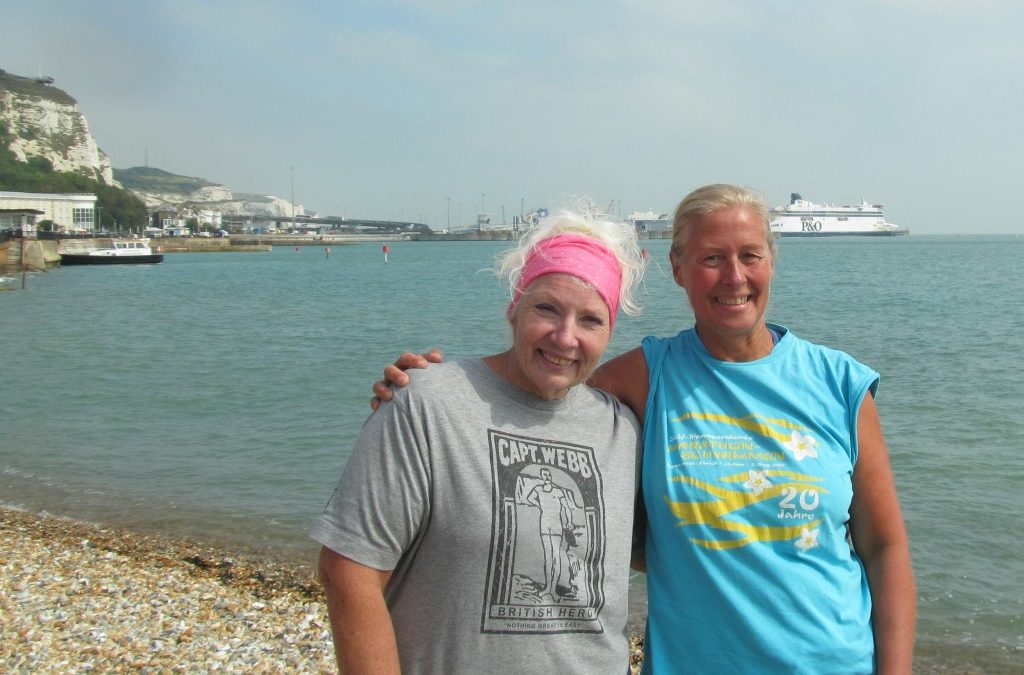 Off to Dover – acclimating and meeting Channel heroes 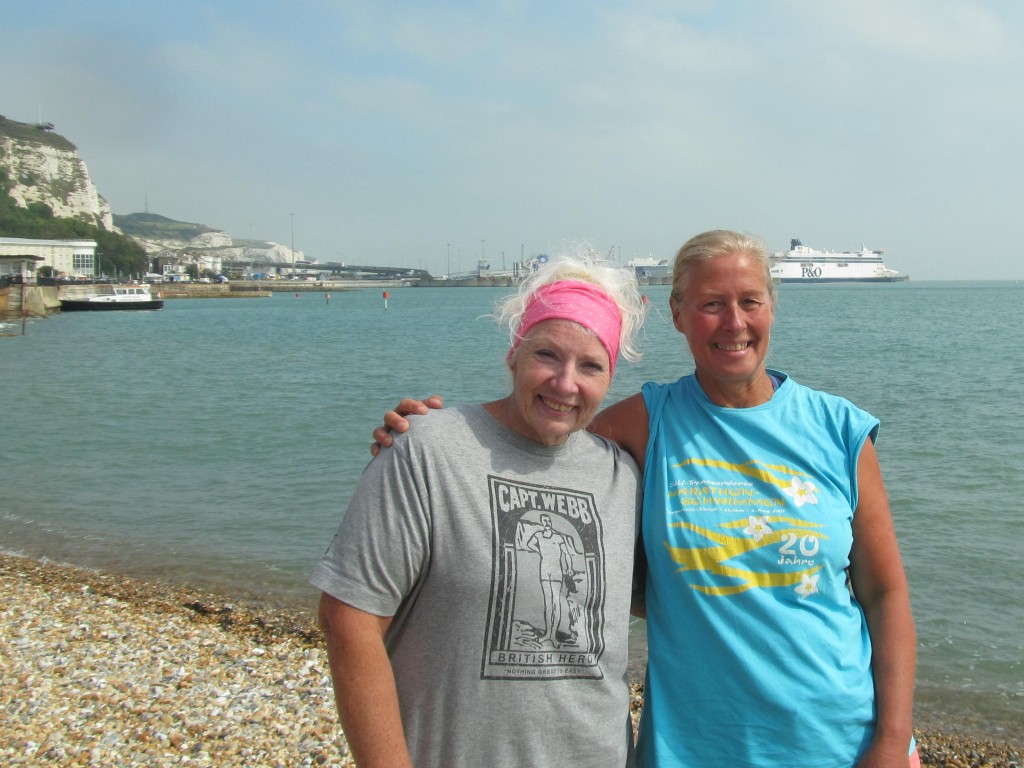 with Jackie Cobell, one of the Channel heroes for the longest English Channel swim: it took her 28 hours 44 min. to reach France in 2010 – but she would not give up!

Arrived in Dover via Euroline bus and ferry from Dunkerque (instead of Calais, passing the fenced off refugee/migrant camps, very sad situation and constantly wondering how can we help) for a few days of acclimatizing before my tide Sept. 5 – 11. Just in time for a nice Sat. morning training swim of 4 hours and again 3,5 hours on Sunday (due to Dover Regatta we were not allowed to stay in the water longer.)

Met Channel swimmers, aspirants and all kinds of heroes on the beach as usual, including legendary Jackie Cobell, who holds the record for the longest / slowest Channel swim ever, testimony to incredible stamina, determination and endurance!

Sananda, my helper from Vienna, is only arriving on the 5th, hopefully there will be a more stable weather period for a change, the last neap tides (Aug 21-27) were basically wiped out again. My second helper just dropped out for family reasons – but then I got a phone call from Canada, an old Channel swimming admirer will use her air  miles to come over and help short notice, arriving Friday! Thanks, Sarita for your enthusiasm! 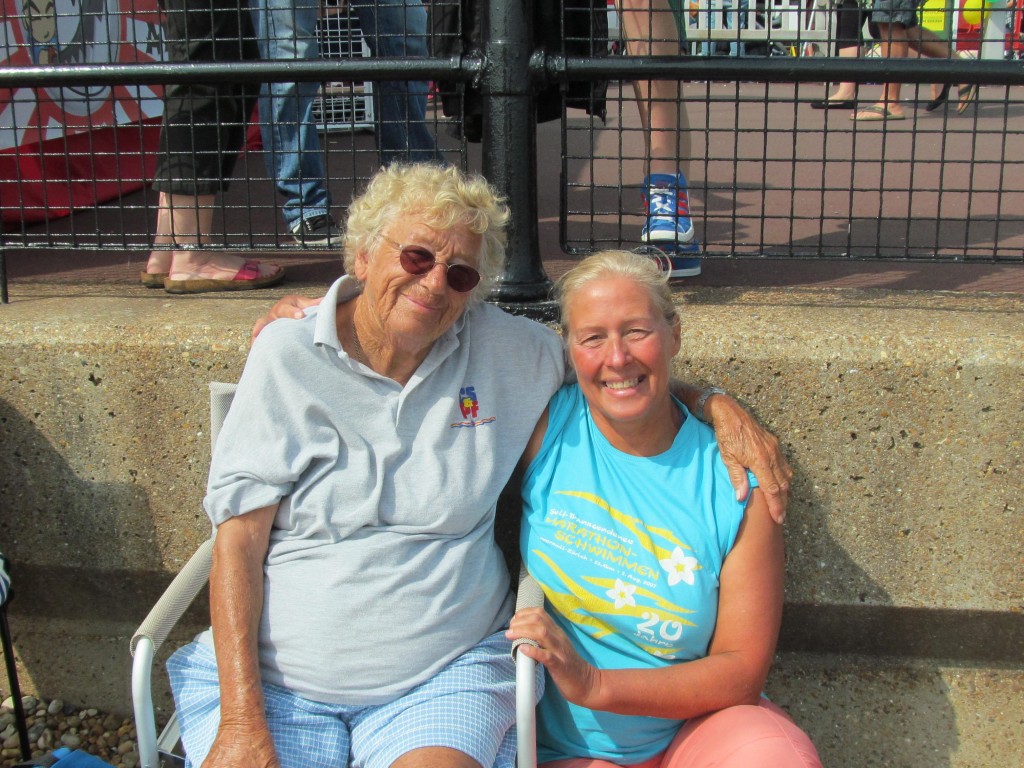 with another Channel legend, Channel “General” and coach Freda Streeter (mother of Allison Streeter, Queen of the English Channel), who told me this may be her last year “full time” at the beach

My boat is Anastasia English Channel boat again with great pilot Eddie Spelling and his crew.

And here are some links to the weather forcasts and tides:

Update Aug. 31
Metoffice pressure chart shows a high pressure Zone slowly moving towards the Dover Strait. If it continues to move east there is a chance for some more stable calm weather (that is the zone between too bars/lines staying over the Channel for some time). Right now the forecast for 5th to 9th is too windy. This is what Sept. 3rd looks like today: 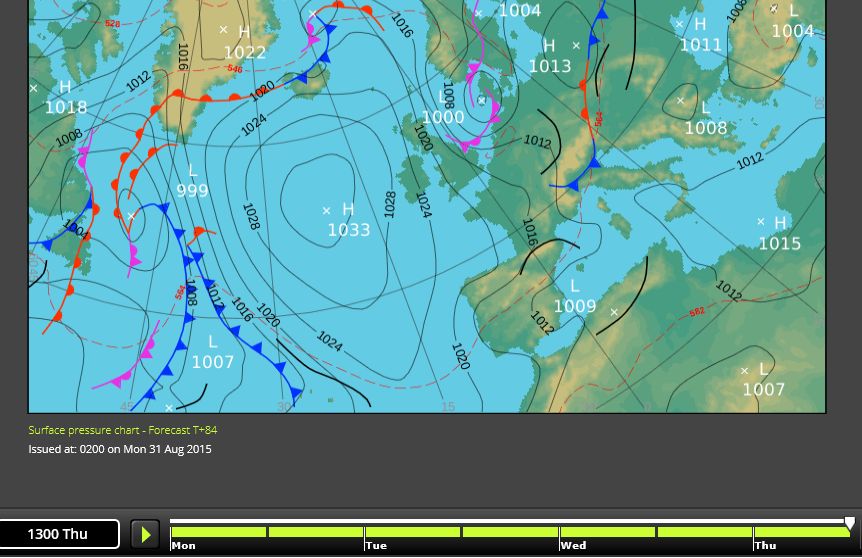