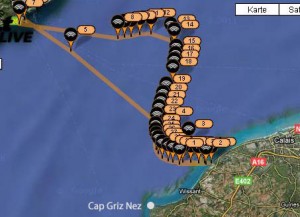 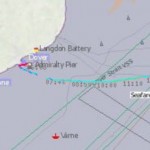 Abhejhali is more than halfway – after being seasick for hours!

Past the Separation Zone -more than half way - geografically at 15:47 MET

Only briefly: Almost from the beginning of her swim Abhejali became seasick and could not hold anything in her stomach (the swells can be hard on your stomach even if the sea is almost flat). “What shall we do?” the helpers texted desperately. Nothing seemed to work. I texted back that Karteek (10x EC) had been seasick many times, even feeding the fish for up to 6 hours into the swim, and still made it most of the times. Vijaya always got seasick and finally made it. Abhejali fought through it and after 5 hours or so into the swim it got better.

They have left the Separation Zone, meaning they are more than halfway – geografically!

You never know how much longer the end will be… The sea is choppy now (text message) with constant SW winds.

13 piloting boats  are out today, trying to guide their swimmes safely between tankers, ferries, pleasure crafts etc. to French shores. 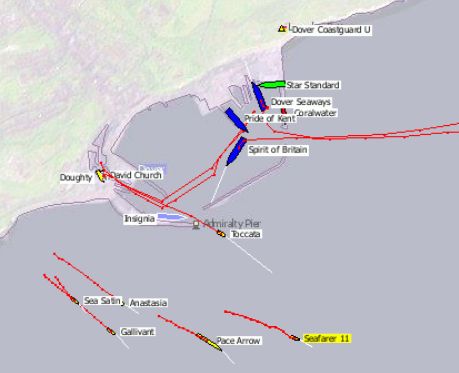