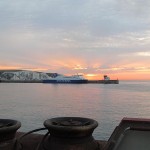 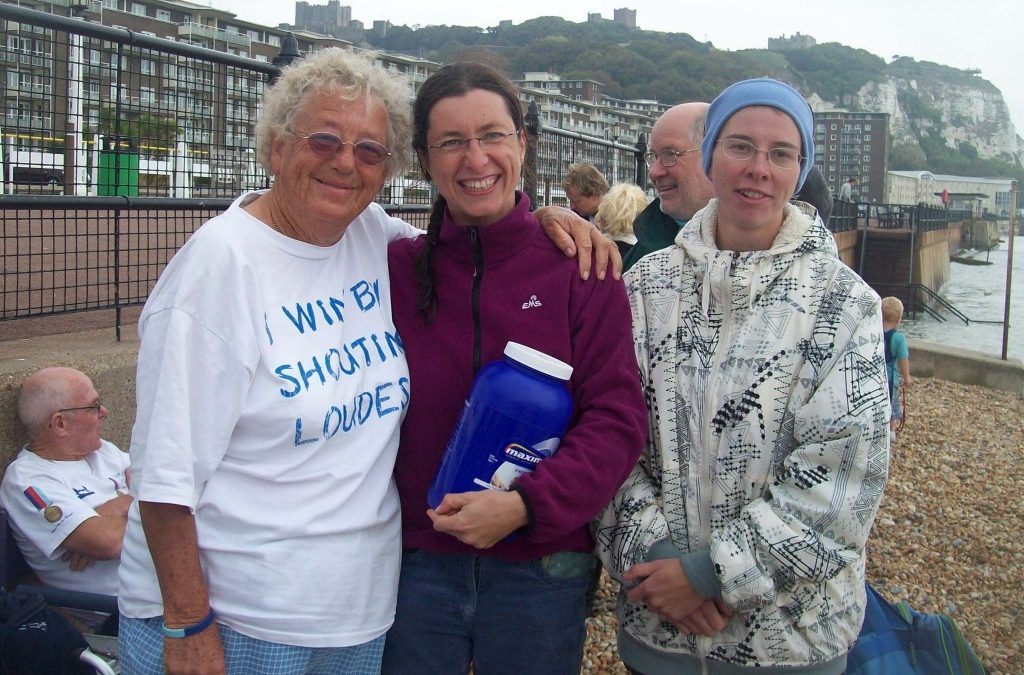 Start of the Tide tonight – and waiting

Our tide starts tonight, but not only has Eddie 4 swims booked on this tide, and we are in 4th position, but we discovered that one swim is a two-way! So that would be 5 swims on this tide – which to me seems absolutely irresponsible towards the swimmers since as a rule it is hard to even get 3 or 4 swims done on one tide. But he told Suzka he was confident it would work out. Luckily the weather forecast is absolutely great for the next few days until the 27th, and some swimmers or relays are even going out today at noon. Plus it is a long tide.

However, we could not reach Eddie so far this morning and have no idea if he is still taking left over swimmers from the last tide or starting with the new tide swimmers today.Two helpers are coming in the afternoon, then we are ready to go, but the weather is so calm, I am sure the other swimmers before us would want to keep their positions and swim first.

Successful swims on the spring tide

Meeting Chloe after her swim on the beach

Over the weekend, on a the highest spring tide of the year, a huge number of successful swims have taken place after the last neap tide was totally blown out by the weather. On Saturday 19th at least 9 boats went out – all the swimmers made it, and more on Sunday and Monday, including a Jersey relay with Sally Minty-Gravett. Lisa Cummins from Ireland did her absolutely fantastic and awesome double crossing on Sept. 19th/20th in 35 hours something, without having ever done a solo! We could watch her boat from Varne Ridge through the binoculars around 30 hours, pushed westward by the tides and heading towards Dungeness. Chloe McCardel, the top marathon swimmer from Australia, who also wanted to do a two-way without having done a solo before, had to be taken out after 25 hours that ended up in very difficult conditions. Still a brilliant effort – and she will be back next year, I heard! Her problem also was that all her helpers had already gone back to Australia!

So yesterday after swimming 30 min. to 1:45 h individually, we spent the afternoon in Canterbury – my first visit to this amazing gothic cathedral – including some cappuchino, milkshake etc. at a nice little coffee place.